There comes in every age a man who makes the world accept all his vices. It is not only acceptance that he ordains but a celebration of his socially ‘deviant’ ways. Such a man rises from the confines of morality because he becomes one and only.

His daughter Charlotte Gainsbourg told Vanity Fair that he was always “… very touching… very generous” and taxi drivers in Paris still recall stories about his generosity. Not to say we derive inspiration from the amorous man but we do admire his iconic stature, almost fearfully, for being the ‘player’ that he was and for making music that took the world by storm. 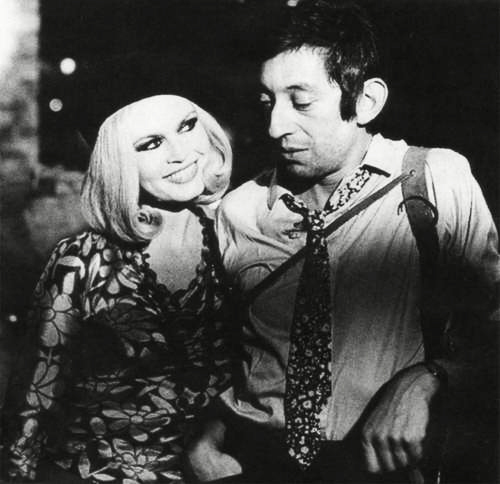 And who wouldn’t envy the man who held the company of women like France Gall, Jane Birkin and Brigitte Bardot?

We all know how the story of the classic “nautical” stripes goes. Coco Chanel, Brigitte Bardot, Alexa Chung and Jackie Kennedy – the fashion makers adored them. And while these vintage lines have their own glamour, we have somehow, in the last few seasons noticed our wardrobe space being taken over by the Spring’s colourful stripes.
And that’s exactly the case this season too – the stripes are bigger, bolder and brighter.

You can find your stripes for the season at Sher Singh with the ‘Oh Carol’ Dress, the Brigitte Dress and the Donna Top.

(images from: tumblr, the sartorialist)

Coco Chanel fell in love with the sailor’s stripes in the early 20th Century and ever since then the nautical lines have been timelessly trendy. There is something glamorously vintage about the way these dramatic lines tell a woman’s story.

More than a fashion brand, Sher Singh represents a global lifestyle that’s a new mix of shared cultures, trends and traditions. Defined by a style sensibility that is equally at home in New York or New Delhi. Sher Singh is rooted in the multicultural reality that is coming to define us all.

As an e-commerce lifestyle brand, Sher Singh was born in India, whose far-reaching global impact has inspired the world for thousands of years. The brand serves as a platform for an eclectic and extensive list of global curators with a fashion vision committed to ‘the global citizen.’

As conscientious global citizens, we reserve the right to disallow and disable comments which we deem to be impolite.